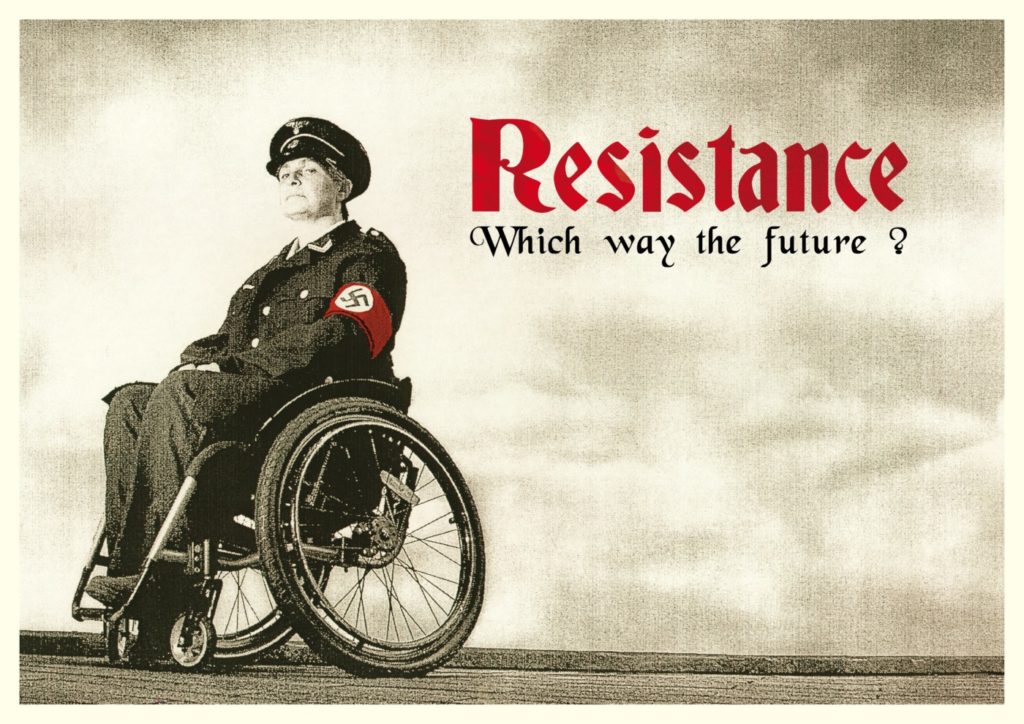 In September 1939, the Nazis instituted their first official programme of murder. Known as Aktion-T4, it targeted disabled people and  became the blueprint for the Final Solution to wipe out Jews, gay people, gypsies and other social groups. With a rise in hate crime, disabled children still excluded from mainstream schools, and over 340,000 disabled people living in institutions, disabled people still experience those historical values as a daily threat.

In 2008 writer and director Liz Crow developed Resistance, a 12-minute short film, to highlight these issues for a modern audience. Set in Germany in 1939, it follows Elise, a patient who sweeps an institution for disabled people. She doesn’t speak and the staff assume she doesn’t understand, but she watches everything, including the buses of patients that leave full and return empty.

Resistance  toured  with its companion film Resistance Conversations, forming part of Resistance on Tour, a moving image installation project, which travelled from 2010-14 to key cities in the UK, Dublin and Washington DC’s Kennedy Center. Beginning with Hitler’s authorisation of the Aktion-T4 programme, the installation chronicles the journey to today, where  hate crime, increased pre-natal screening and abortion and a race to assisted suicide challenge the worth of disabled people’s lives and their right to exist.

In August 2009, Resistance extended its reach to a durational performance on Trafalgar Square’s Fourth Plinth as part of Antony Gormley’s One & Other project. Seated on her wheelchair, Liz donned full Nazi regalia to draw attention to the anniversary of this hidden history and the message it holds for people today. The performance was featured in The Guardian’s Trafalgar Top Ten on the plinth, whilst a spokesperson for One & Other said Twitter had “gone ballistic”.

Resistance on the Plinth

The Guardian’s Trafalgar Top Ten on the plinth

Gallagher, HG (1995) By Trust Betrayed: Patients, Physicians, and the License to Kill in the Third Reich, Arlington, VA: Vandamere Press

Jung, R (1996) Dreaming in Black and White, Fogelman Books, Penguin (English edition 2003). Novel about a disabled German boy who drifts back in his dreams to another life in the Third Reich. Guide age 10+

Keith, L (2003) Out of Place, Crocus. Novel about a young disabled child who escapes on the Kindertransport. Guide age 10+

Disability Studies and the Legacy of Eugenics, Department of Disability and Human Development, University of Illinois at Chicago

of the much-loved singer, the legend of the national stage Yuri https://sound-library.net/